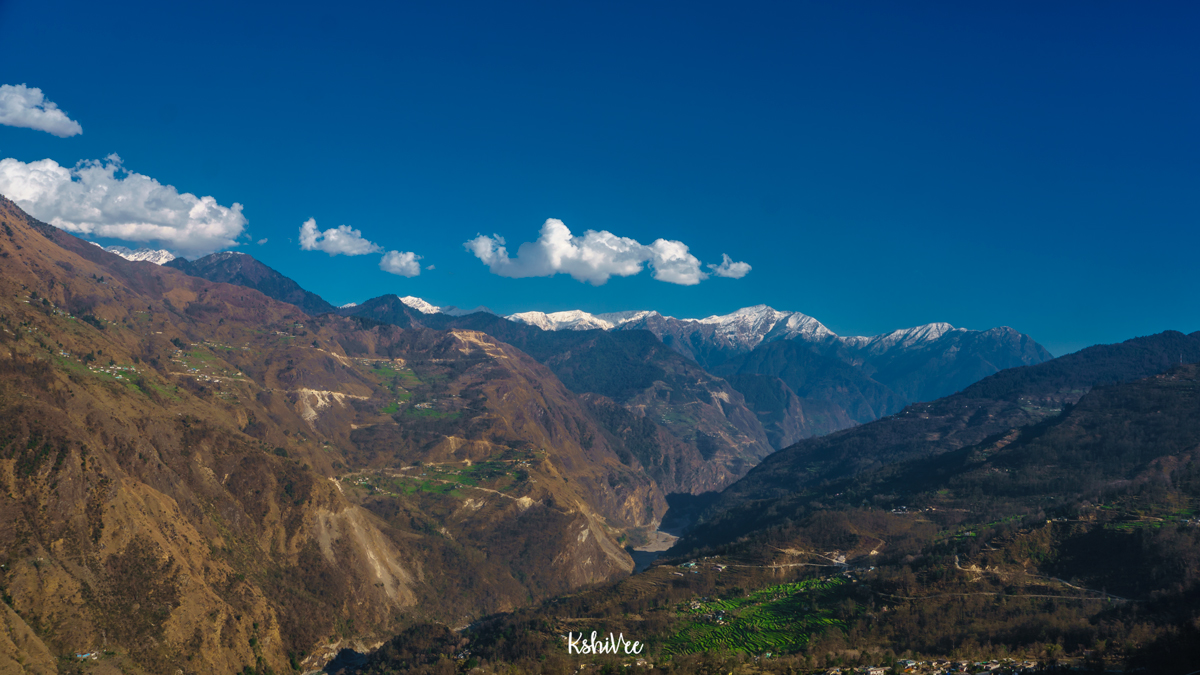 Sarmoli is not a place you go to visit; Sarmoli is a place you go for an experience. If you are looking for a vacation spot – the kind where you have everything readily available and you can have room service at your beck and call, then perhaps, Sarmoli wouldn’t be a viable option.

Staying at one of the homestays at Sarmoli is a personal experience, it’s very intimate. We were invited by Malika Verdi to stay with Chandra Thakur a.k.a Chandra Didi for us. She welcomed us with a smile that didn’t leave her face the whole time we were there. For the two days that we spent with her, it was like staying at a family member’s house. A little awkward. Formal. Nice. She spoilt us to the best of her ability. She was a simple woman. She ran the homestay and maintained a small farm right outside her house. She kept herself busy. She did claim when we asked her what she did during the day, that she never realized how time went by.

She was a wonderful host, polite but not overwhelming. As a token of gratitude, Naveen cooked a simple dinner of lemon rice and egg burji for all of us on our last night there. Chandra Didi, her son, Pankaj and the two of us sat around the dinner table (lit up an emergency torch because of a surprise power cut) ate fresh dinner and conversed to each other to our best ability. The thing is, Naveen and I aren’t fluent in Hindi, we can hold a conversation, we can read, write and understand the language but our tongues aren’t fluid to the lingo. So we conversed in broken Hindi, laughing when we couldn’t understand each other and we ended the night on a polite note. Chandra Didi thanking us for the umpteenth time for a simple dinner, her face red from the cold wind that had started whistling by before bidding us goodnight.

While we were at Sarmoli, we spent a day with Srinivas uncle with whom we had exchanged numbers with the previous day. He wanted to go for a trek to the Khalia top to see the view of the Panchchuli peaks. There are many, many routes you can trek up around Munsiyari and Sarmoli and the views everywhere are something to awe at. I was ready to spend days in this open field opposite a small temple that had a clear view of the mountains, in all their might and glory. So you can imagine – or try to, at least – how beautiful and breathtaking this place was. We decided to accompany Srinivas uncle to the Khalia top. About twenty minutes into the trek, I had trouble breathing. I started feeling lightheaded and slightly dizzy. Srinivas uncle asked me to sit down and sip on water. “It’s normal. You’re not used to the climate yet, we are pretty high up in the mountains.” (We were more than 7200 ft high up in the mountains.)

I tapped out of the trek. Naveen and uncle decided to go further on while I decided to stay back and enjoy the view from the waiting point. Because, hey, up until a few months ago in my life, I had never seen a snow-capped mountain and now, I was 7,000 ft high up, in the middle of one. Literally, anything was good enough for me!

We spent the next day roaming around Chandra Didi’s house. There was a thicket of forest and farms all around, filled with trees and birds! So many birds, even though you might not spot them all, you will definitely hear them. And we also came across a group of monkeys who were idling around on the trees. They observed us with mutual curiosity but when the time came, we parted ways with the monkey group cordially. The locals there had predicted a rainy day ahead so we spent most of our day trying to soak in as much sunlight as possible. So when the dark grey rain clouds started rolling in, we were warm enough to pack up what little we had carried and quickly make our way back to Chandra Didi’s cottage. Fortunately, we reached the entrance of her house in the nick of time. It started to drizzle, well, hail as we made our way into Didi’s house. Yep, it was going to be a cold night.

The nights at Sarmoli were bitterly cold.  The moment the sun sets and the day begins to get darker, the cold begins to creep in. The first night at Didi’s house, we braved ourselves to step out of the cottage in the middle of the night to look at up at the stars. All the layering of thermal wear, sweaters, jackets, scarves, beanies, gloves, socks and I don’t even remember what else couldn’t stop the cold from leaking on to our skin. But, in spite of the cold, when the skies open up and the stars come out and even if you can manage to stay out in that cold for even two seconds, it’s worth it. It’s so totally worth it (as usual).

These homestay owners welcome travelers and trekkers from all over the world. Chandra Didi maintained a small notebook with all the details of the people who have ever stayed with her, for logistical reasons. She had welcomed people from all over the world and all across the country. And though Chandra Didi was always teeming with energy, running to do one chore after another keeping herself busy, there was a moment when Naveen, Didi and I were sitting out in her small courtyard and enjoying a cup of tea when I caught a glimpse of loneliness in Didi’s eyes. It was momentary, gone even before it could really settle but it was there. She was looking straight ahead at the mountains, lost in her own world.

The life up in the mountains can get lonely, I realized.

Or, was I projecting?

I definitely felt an air of loneliness up there. When we were on the road, we would go for miles before seeing another soul on the road – human or animal. It’s tough. Having grown up in cities all my life, the silence was weird. There is a lot of silence in the mountains, you will hear the occasional honking of another car or a truck and they will zoom past you and you are alone again.  Conversations between Naveen and I would slowly fade into silence and often, I found myself in the company of just my thoughts. I don’t know if I am ready to spend my life up in the mountains, I can’t see myself doing it. Yet. It’s a tough, inconvenient lifestyle and I take my hat off to the mountain people. I don’t know they do it and I don’t know how they do it with a smile on their face.

Here’s to more adventures every day.